A previously abandoned East German block apartment building in rural surroundings is the subject of an 8-channel sound installation featuring a large-scale projection. In an inversion of site-specific practices, this place is captured and re-imagined through sound and image.

In the sound composition, an acoustic re-construction of the space emerges from recordings of doorbells, water heaters, radiators, and dripping faucets now fallen into disuse. The sound is diffused through eight loudspeakers arranged in vertical and horizontal arrays, most notably in two columns on either side of the projection. The projection features the facade of the building at night. Lights inside the building are switched on and off, making room interiors alternately become visible through the windows and disappear into darkness.

This ever-changing grid, which constituted the score for the temporal and spatial organization of the sound, in turn becomes a visual elucidation for spatial listening in the experience of the visitor. As different constellations of light, shadow, attacks and resonances are formed, the facade is presented as a point of confrontation with the dialectics of inside and outside, as well as inclusion and isolation. A thoroughly choreographed representation of dwelling acts as a vessel for interpretation, imagination, and memory, speaking to the experience of the housed.
Camera / Post-production assistance by Sabrina Knierim
Created at Libken e.V. in Ort Böckenberg, Gerswalde
Video with stereo mix 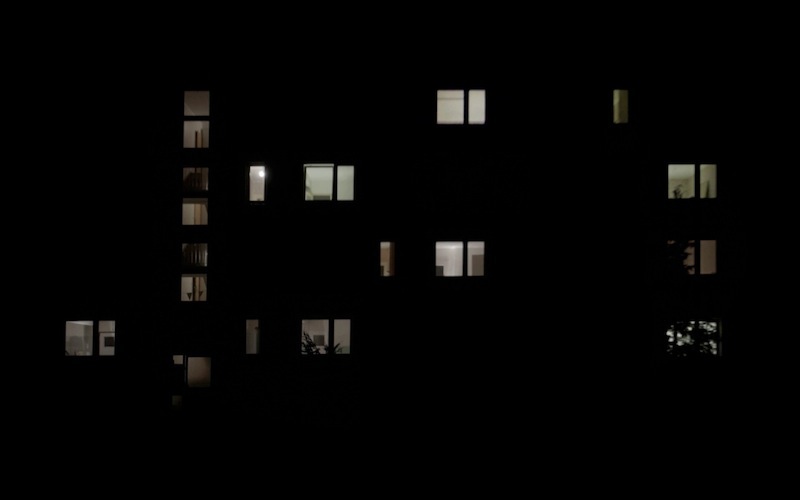 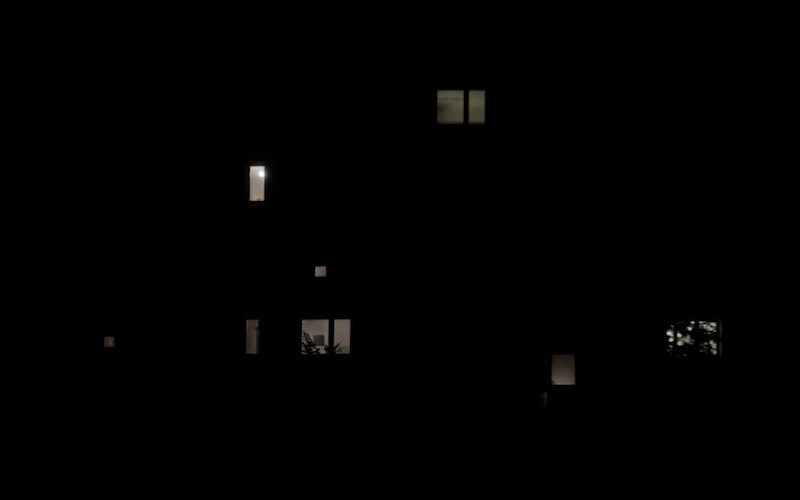 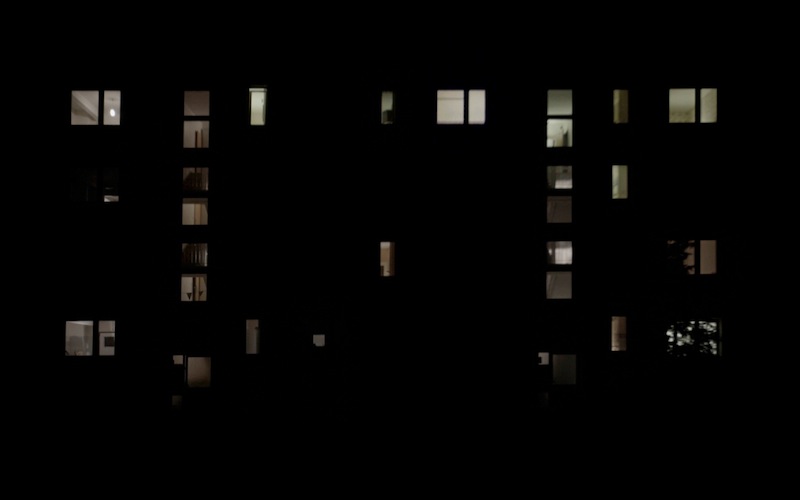