In this piece, mailboxes are considered in their position between the permanent and the temporary, the public and the private, and the individual and the collective. The muffled, fleeting sounds of entryways and stairwells were captured by placing a microphone inside of mailboxes in ten different residential buildings in Berlin Neukölln and formed the basis of the multi-channel composition. This is played back through a block of mailboxes discarded during a building renovation, each of which contains a speaker and is sonically linked to one of the buildings — a record of its comings and goings, its resonances and cycles.

As they listen, visitors are welcome to open the mailboxes to listen more closely to the individual sounds. In doing so, they encounter letters and flyers received by Neukölln residents, including credit card statements, flyers for moving companies, letters from landlords, and utility bills. These documents — inconsequential or threatening, now faded to the point of near illegibility, familiar yet untraceable — reinforce the role of mailboxes as silent witnesses to our dwelling. 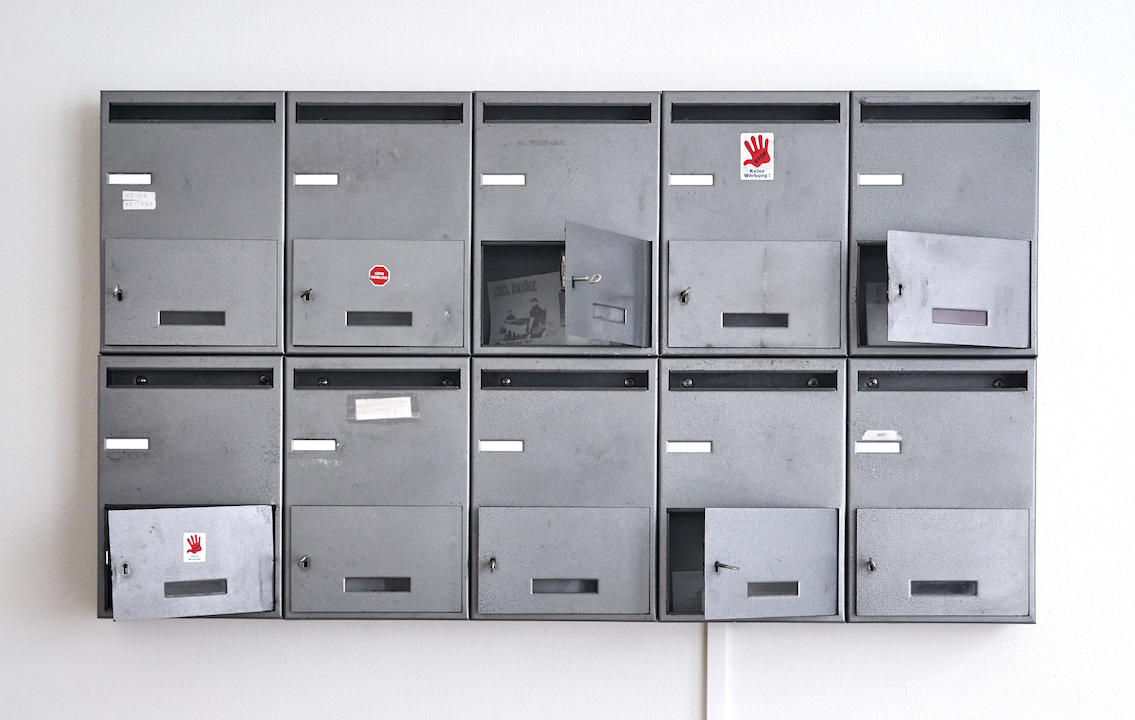 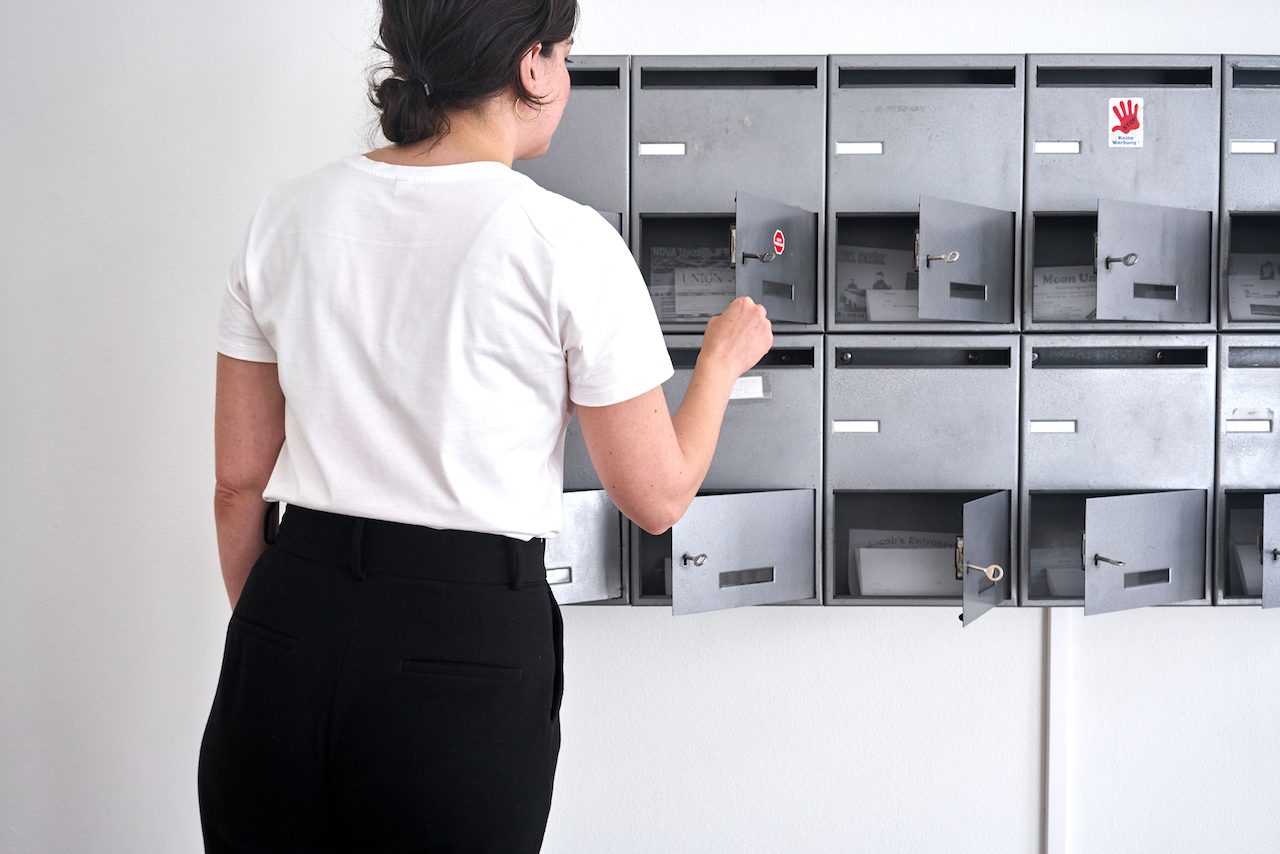 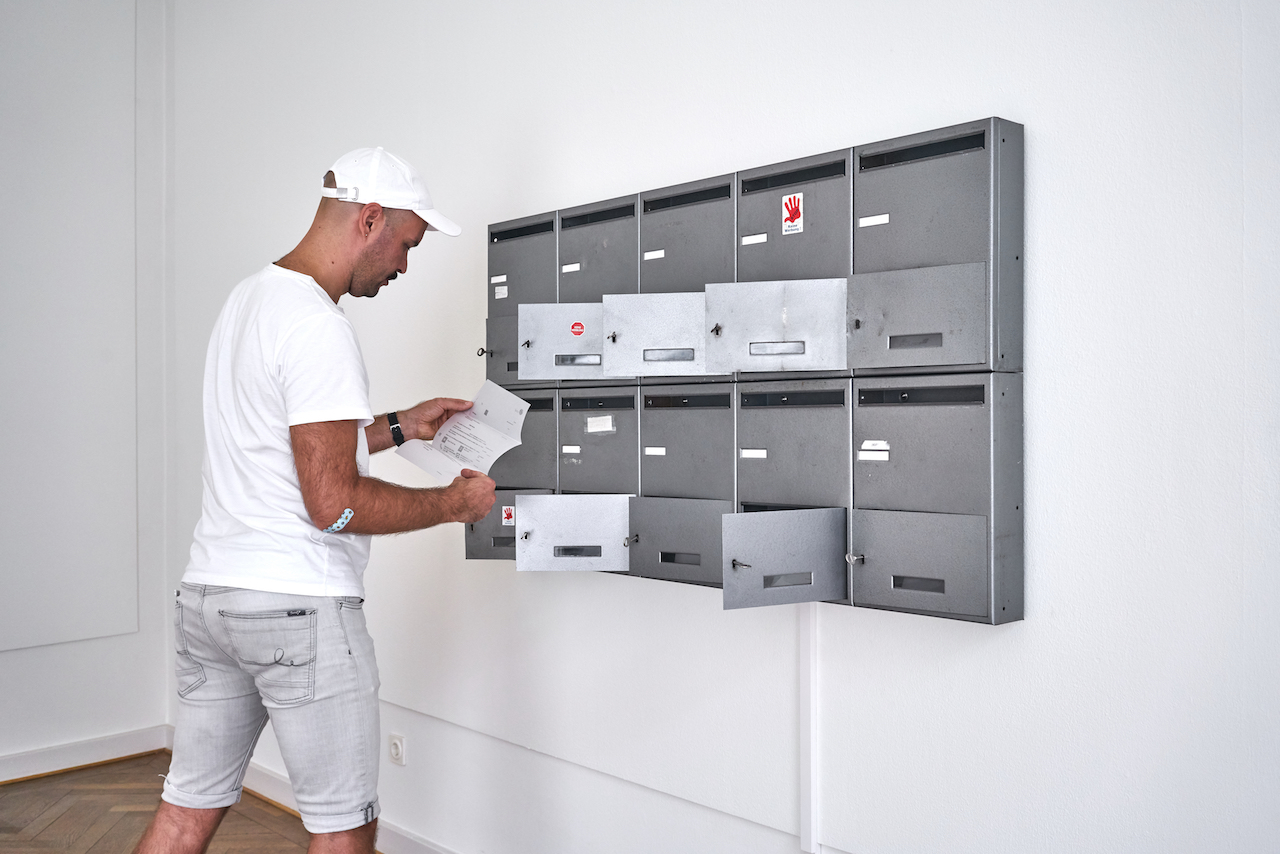 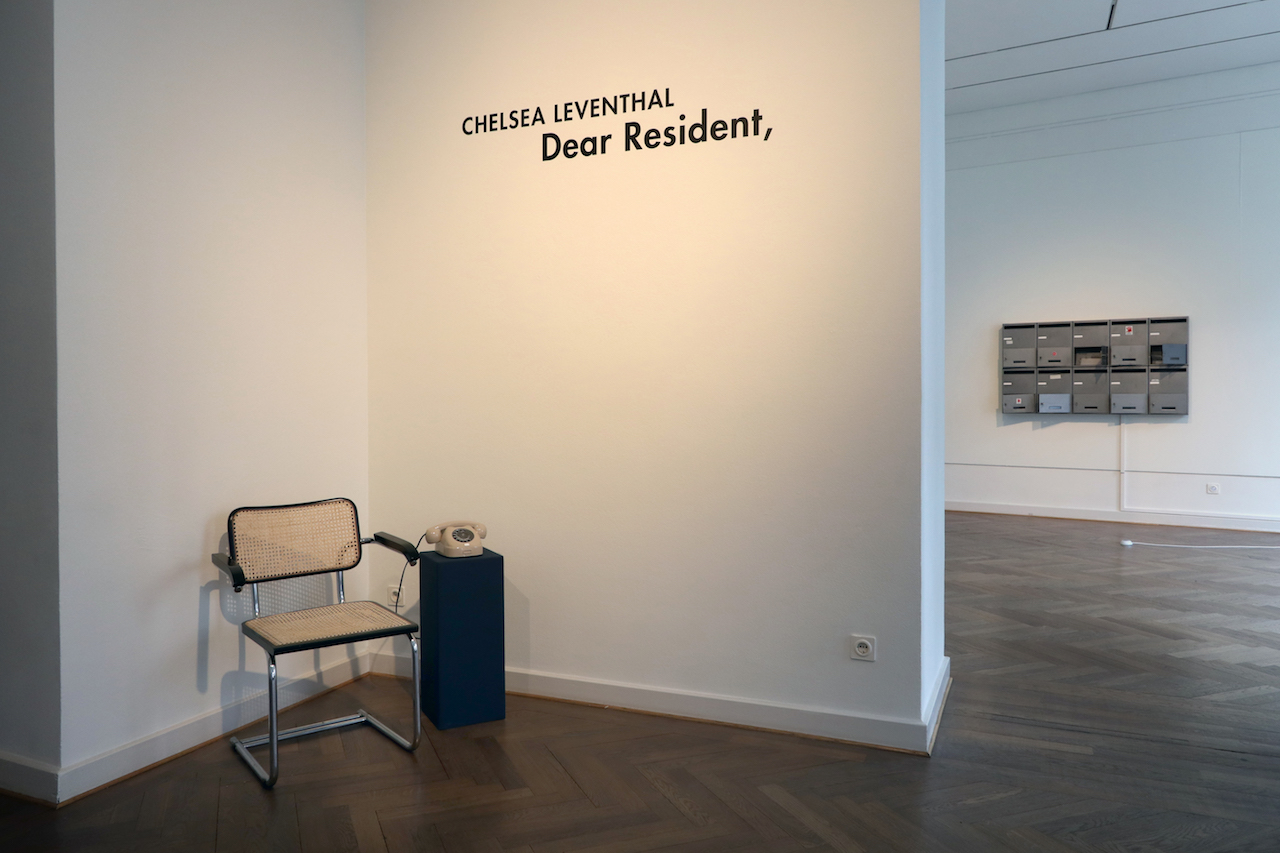 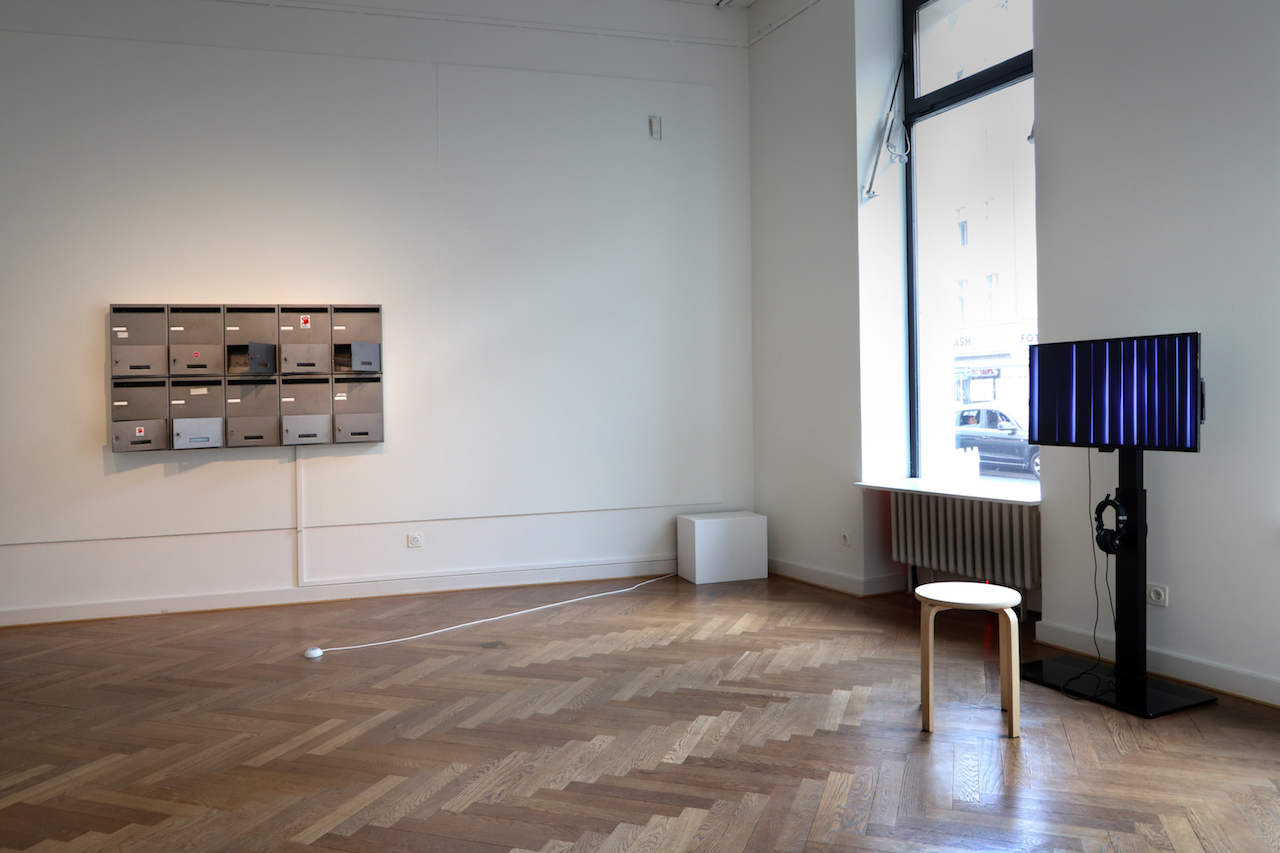